Join the Thousands of people already using the Immunotrax

Immunotrax has been revolutionizing skin care, helping people all over the world maintain healthy and youthful skin, and in many cases aiding in the treatment of skin disorders* 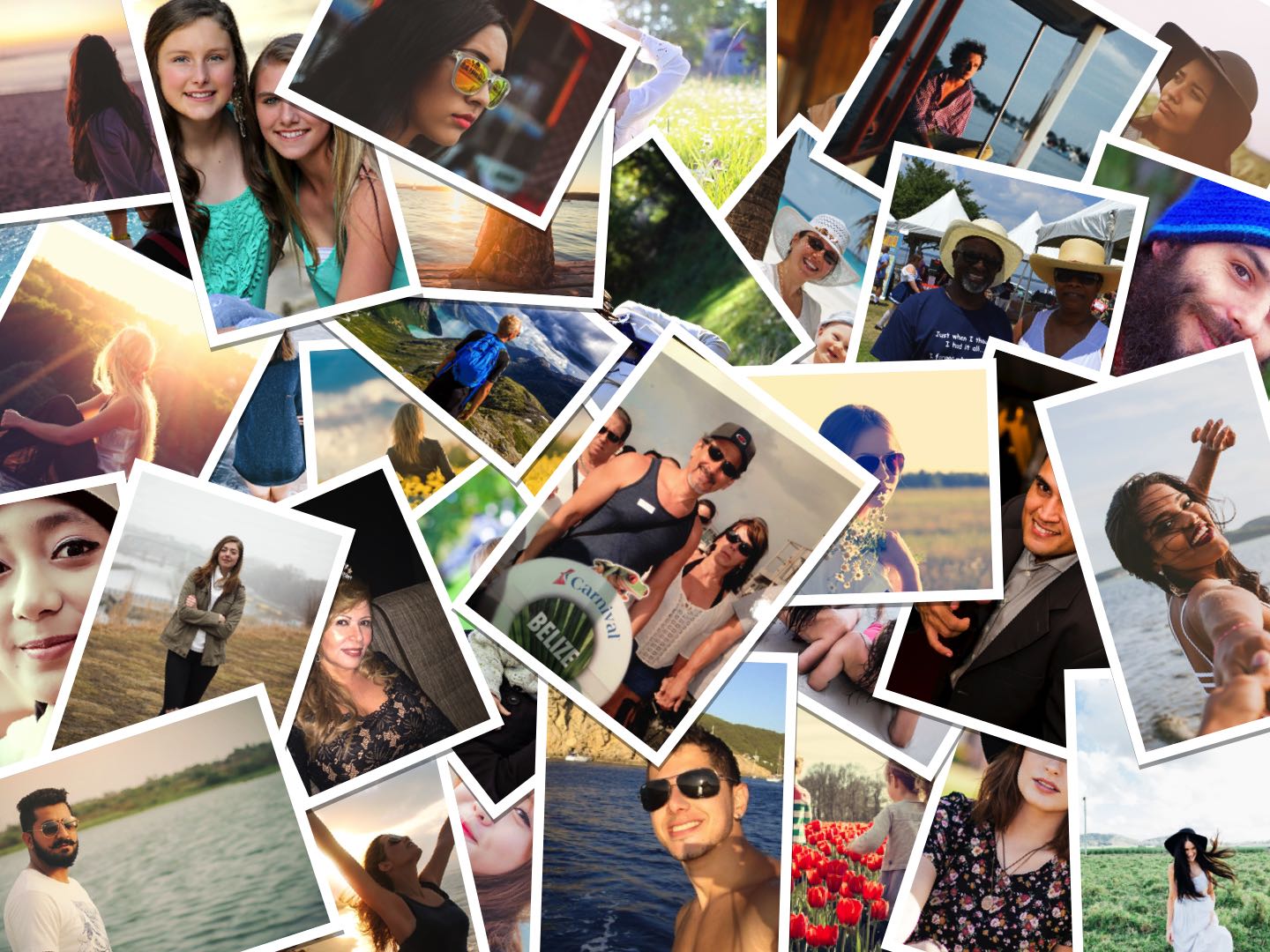 A Culture of Nature and Science.

The remarkable polypodium leucotomos fern has been used for centuries by the natives of Central America to protect themselves against sunburn, eczema, psoriasis and other skin disorders. Its properties have since caught the attention of researchers around the world, where clinical studies have demonstrated the effectiveness of PLE’s antioxidant properties to strengthen the skin defenses against UV radiation and auto-immune skin’s disorders.

Go ahead, begin your journey today.

Immunotrax is proudly made in the United States. Not in China or India where regulation over the already polluted soil and water is nonexistent. We are committed to providing you with a product that meets the highest standards of health and safety.

Our team tests the composition of the extract several times throughout the production process to ensure that only the highest quality PLE is delivered to you in every bottle. From the best natural skin glowing supplements to skin care pills for a variety of skin issues, we offer only quality products. 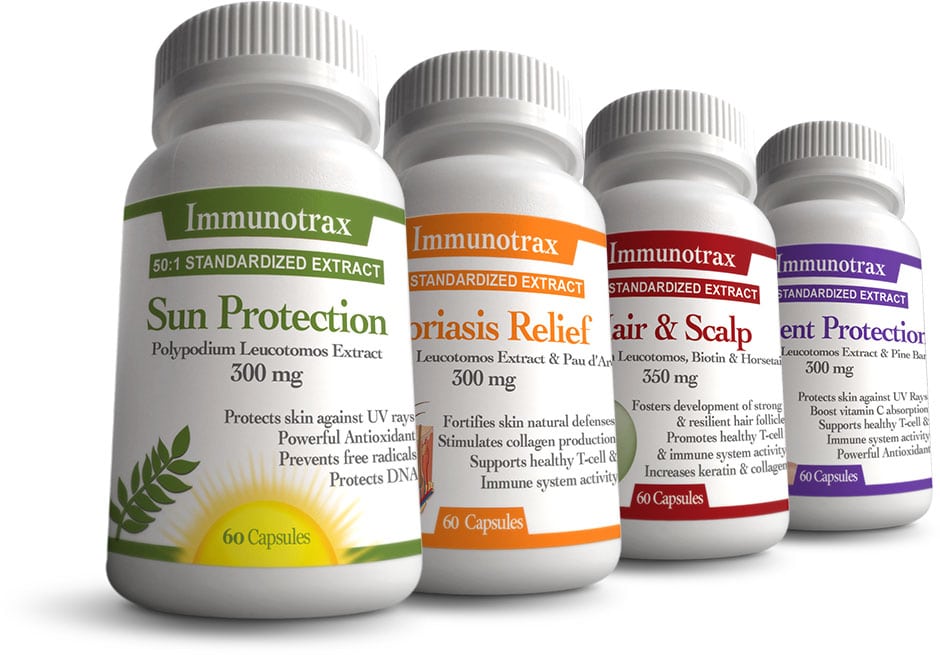 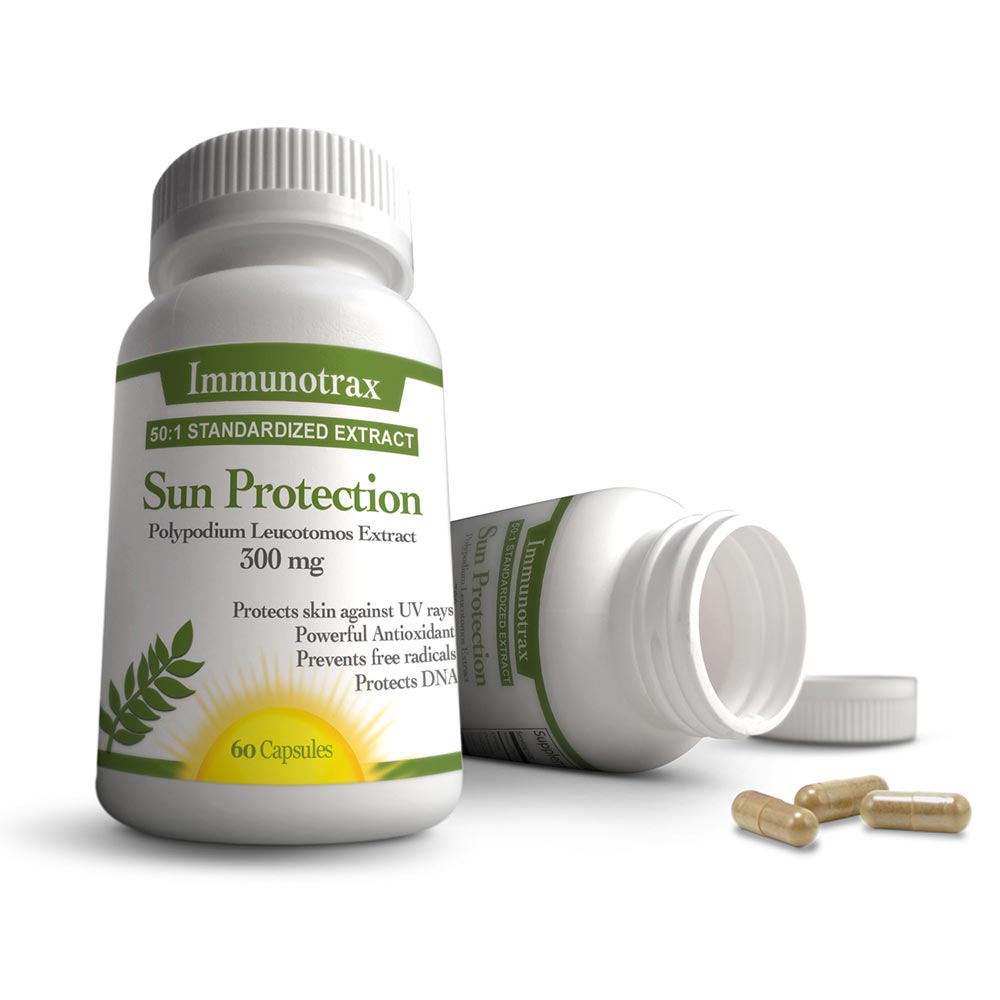 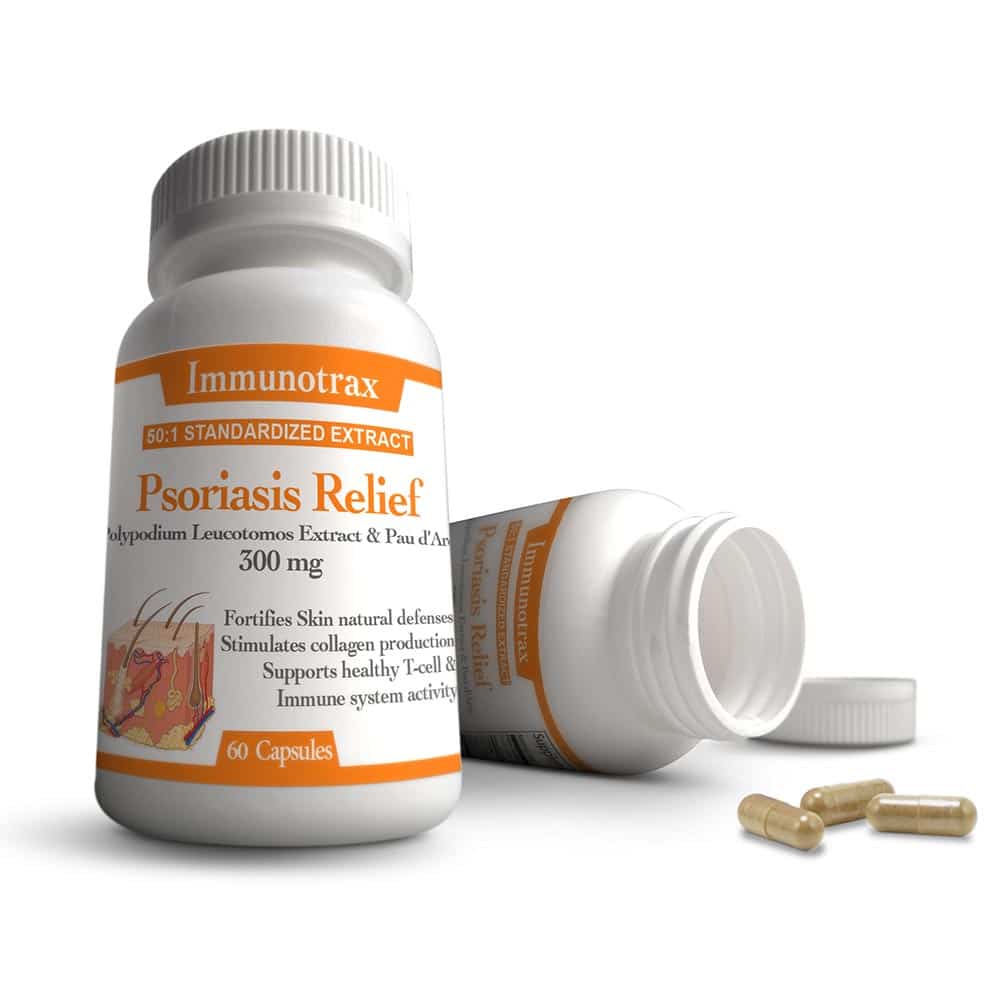 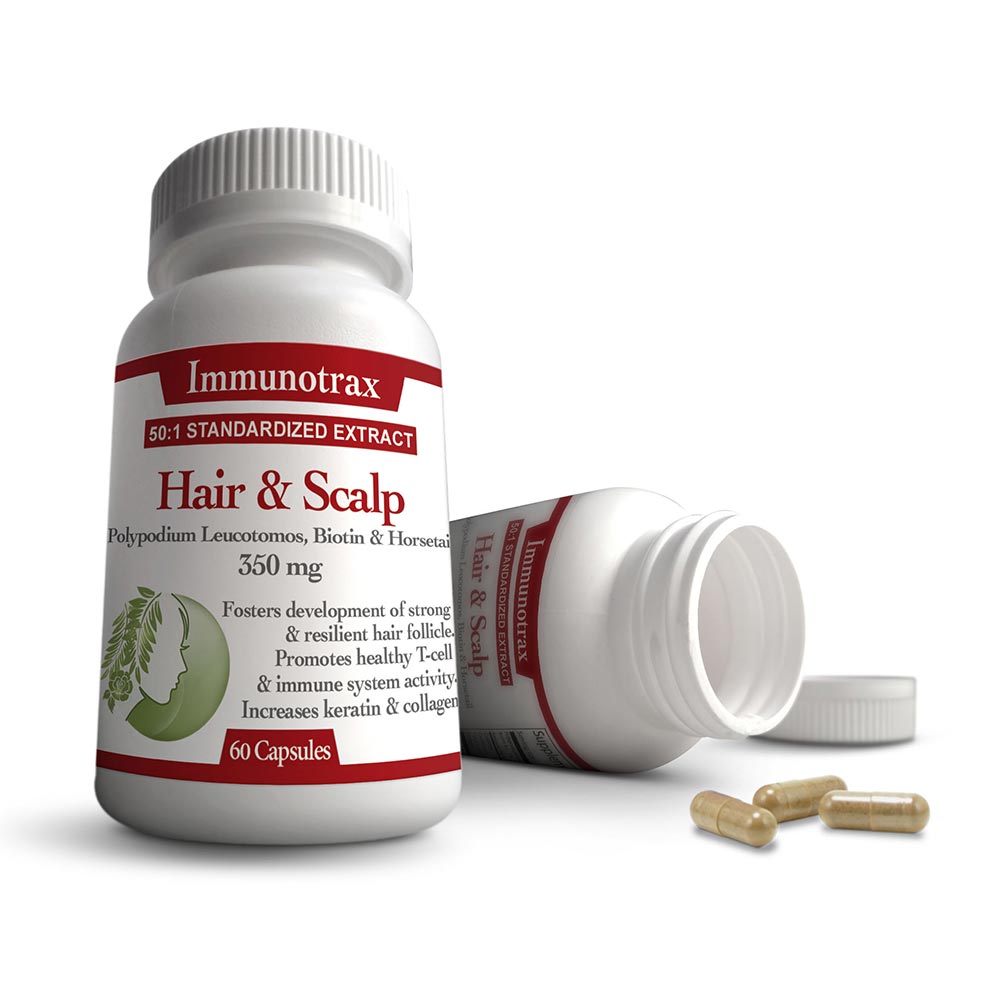 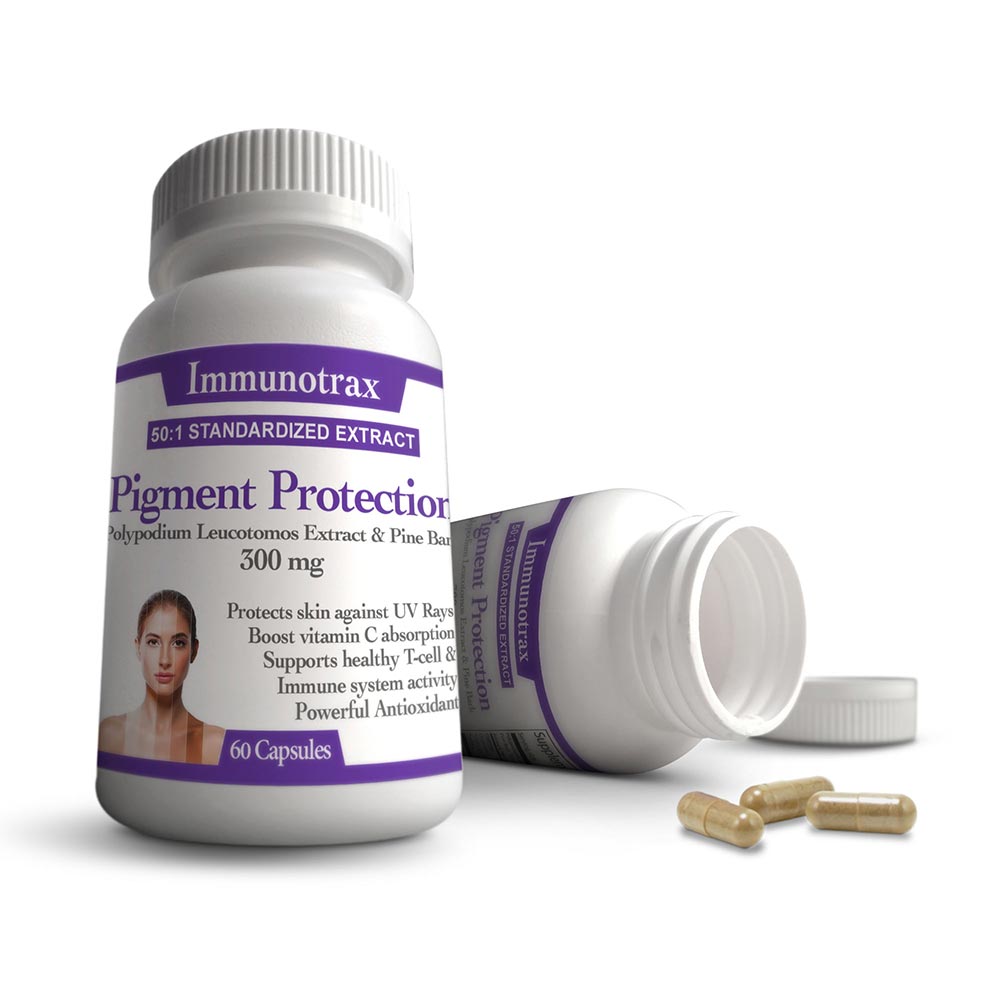 Free same-day shipping in the continental US

Receive an additional 20% off on purchases of over $100

Let customers speak for us

Did exactly what was claimed!
No more harsh reactions from the sun I have tried many products like sunscreens and other supplements but nothing even comes close. I definitely recommend trying this if you have a sun allergy or harsh reactions to the sun. 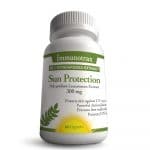 Pigment Protection
Slow but its working i

Slow but its working i love it

Seems to work so far 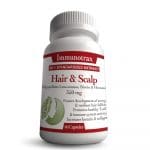 Hair & Scalp
Only thing that has ever worked

My PMLE first showed up a few years ago. At first it was a slight bumpy rash on the tops of my hands, but eventually looked like a wart army on my hands and feet. Every year when the spring season comes and the sun is out more, my rash would return and remain for months. No amount of sunscreen, or shade, or cloth cover would really help. I found this stuff by accident, and it is literally a miracle. If taken as directed, this stuff WORKS. Last year I used it the last few months of summer, so my rash had already presented itself. These pills healed the rash, slowly, but it did help! This year, however, I started taking them as soon as the sun returned in spring and my rash has not even shown up! I am so excited to have found this. It is the only thing that has ever worked for me and I want to have it for the rest of my life.

Sun Protection
I am 20 years old

I am 20 years old and on May 2019 i had guttate psoriases for the first time my body was covered in dots for almost 6 months. the doctors tried multiple things but nothing worked. eventually they went away on their own. it’s not may 2020 and i noticed something spots showing up. i freaked out and came to the internet and found this. i have only been taking this product for a month and so far it’s working. my psoriasis that i have isn’t healing, but it’s not getting any worse or spreading. these pills seem to work as a preventative for me. 10/10 recommend

Psoriasis Relief
I love it

It has helped me alot i will keep on buying

It helped me to keep it at bay. Thanks for that

My son has been taking immunotrax pill since january (once a day)....Melanin cells has been started come back in skin....Also l gave him carrot,beet,Apple juice...l’m very happy as a mother....Thank you so much....loves from Türkiye

So far it is the best thing I have used in the last 30 years. It has reduced the suffering of the outbreaks I get periodically. Also if I have an outbreak it is different from the usual. I am very optimistic about this treatment and look forward to a complete healing of my hair and scalp as well as my probiotic issues. :speaking_head:THANKS IMMUNOTRAX!!!!!!:pray::skin-tone-6::call_me_hand::skin-tone-4:

Have used the product for last 4 months and while psoriasis is not completely cleared (meaning clear skin) the auto-immune process has abated at least for now. I have not noticed any new plaque flare ups. Would strongly consider ordering more supply to continue treatment,

It excellent product, just price is still expensive , and there is no promotion

Hair & Scalp
Needed to use for longer period

I had a severe case of psoriasis on, in and around my ears....which had been going on for over a year. I tried all sorts of products but nothing worked until I tried Immunotrax psoriasis relief. I read that you needed to use for 2 months....so I bought bought 2 bottles. After 2 months my ears are 90 percent healed. Just bought my 3rd bottle. Hopefully this will take care of the remaining flaking, itching and redness and my ears won't be the center of my attention.

Immunotrax is a registered trademark of E&J Group Inc.

These statements have not been evaluated by the FDA. This product is not intended to diagnose, treat, cure, or prevent any disease.

(PLE) is an acronym that stands for Polypodium Leucotomos Extract – Immunotrax is made at a standardized concentration of 50:1